A set of technologies, tools and methods specifically designed for the integration of hybrid energy storage system. It includes the SHAD integration technology package, the Power management system and the optimal sizing and validation by HIL (Hardware-in-the-loop) based Digital Twin 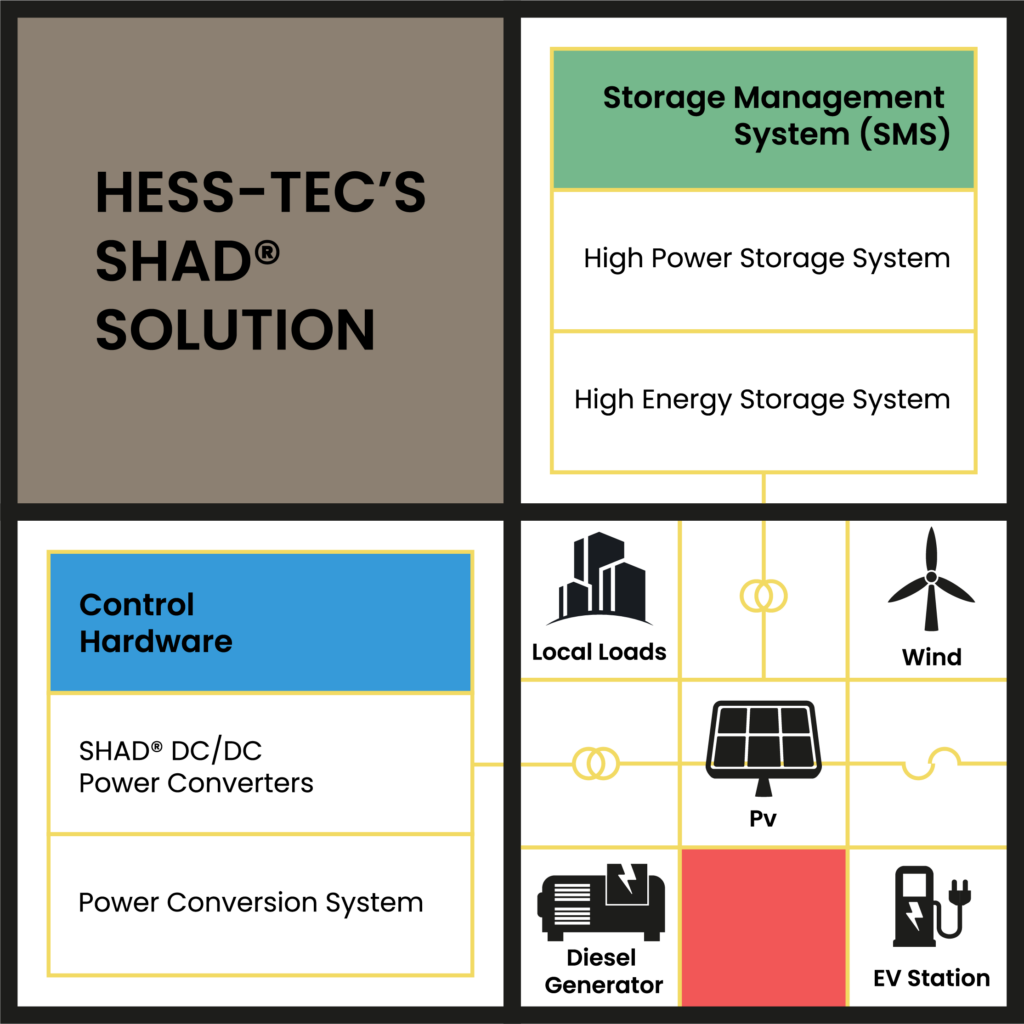 This layer provides a real-time control capability to HYBRIS, considering an update real state of the assets, thanks to the hybridization algorithms included into the Power Management System (PMS) and implemented in a real-time HW and SW platform.

Hybridization algorithms in PMS will perform a real-time dispatching of services between the different storage devices. This layer will get the real-time SoC (State of Charge) of each storage device and will include an updated information of the SoH (State of Health) provided by the EMS thanks to the AMBS.

Considering all this information and the reference provided by the EMS, the PMS will dispatch the power converter commands in order to implement the hybrid real-time operation. This is a software layer implemented in the PMS platform, which consists in a HW/SW platform, including different type of multi-core processors (DSP and ARM) that will be developed by redesigning HESStec’s own HW/SW platform; implementing the specific algorithms developed for the project; with a high interoperability.

Hybrid algorithms of the PMS will consider the following information in order to implement the real-time dispatching: 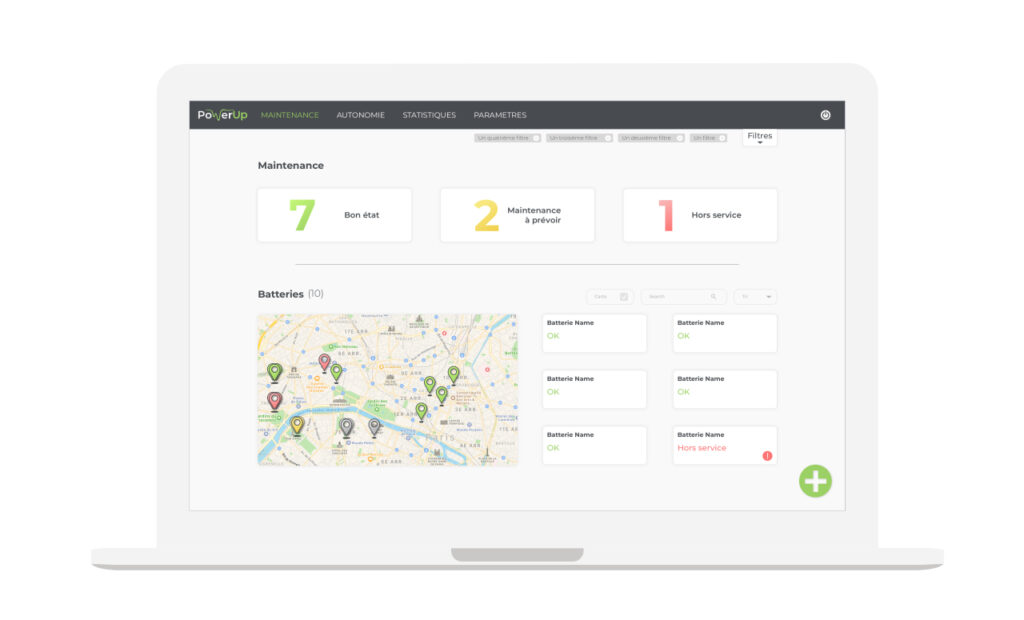 A set of technologies, tools and methods specifically devoted for the integration of hybrid energy storage system provided by HESStec.
This implementation, is based on an interative method that considers the possible operation of the system and information related to the real performance of energy storage technologies under each specific application to minimize oversizing due to possible deviations during the sizing process due to lack of information.

The methodology is based on two process: Technology Modelling Process and Use Case Optimisation Process. The first of the processes is carried out in a generic way, external to any specific use case, generating a kind of “database” in which the behavior and asset degradation information for different types of services is available.

This information is related to the advanced modelling included in the ABMS. With all this information, once the development of a specific project proceeds, the Use Case Optimization Process is executed thanks to the sizing tool. These processes give rise to the configuration and customization of the Energy Management System (EMS) and Power Management System (PMS) for any specific new scenario to analyse. Feedback of the operation is provided to the ABMS in order to update, tune and evolve the included modelling. This methodology takes advantage of the fact that hybridization algorithms can be developed for both sizing and operation.

Optimal sizing and validation by HIL based Digital Twin 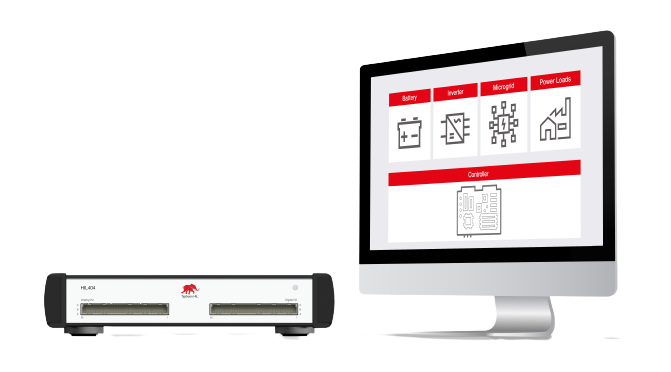 The Digital Twin for HESS (DTH) technology is the extension of Typhoon HIL’s (TH) modelling and signal processing functionalities contained in Typhoon HIL Control Center (THCC) software, specifically in Typhoon HIL Schematic Editor and Typhoon HIL Signal Processing Library. THCC was originally developed for the purpose of modelling the power stage of power electronics devices with the aim of enabling testing control software by means of hardware-in-the-loop methodology, where the power stage is a high-fidelity emulation interfaced to the control software (device under test, i.e. DUT). The DTH takes the underlying technology for modelling the power stage one step further, by enabling also the software layer of grid-tied devices to be modelled by means of signal processing components and the use of 3rd-party DLLs or ANSI C software code. The combination of the high-fidelity real-time model of the power stage and the behaviourally identical control constitutes a digital twin of the HESS. In the domain of the energy storage systems, the relevant digital twins for power are understood to be high-fidelity real-time virtual representations of smart power-electronics devices (DC-AC, DC-DC and AC-DC converters/inverters for each type of energy storage in a HESS) and the other relevant parts of the HESS (protection layer,  underground cables, etc.).

These digital twins also accurately represent the thermal behaviour of individual power-electronics devices in the system. In the early stage of designing a HESS, the DTH allows safe and cheap setting up, interoperability testing, integration and optimization of various units and subsystems, as well as in-house precommissioning based on thorough testing of the supervisory HESS control in all operating conditions including faults and emergency situations, but also to calculate CAPEX and OPEX. Once the HESS is commissioned, the DTH can be used to set up a digital shadow (DS), i.e. a virtual representation of the power units and systems of a physical HESS installation that is fed by real data from the site. The DS can be used for preventive maintenance, verification and validation of software updates to HESS control systems, assessment of financial benefits of implementing new control algorithms that optimize the operation of HESS to the requirements of both its owner, operators and the grid, thus improving the energy efficiency, performance and lifecycle management. In short, the digital twin approach makes it possible to support the entire HESS system lifecycle.

This project has received funding from the European Union’s H2020 programme under Grant Agreement No. 963652